Out with the old, in with the new

We held a groundbreaking ceremony for our new multi-family residential project, Burlington Station, on Friday, October 7th. The four-story, 89-unit community is our first traditional multi-family development since we completed Maple Lane Apartment & Executive Suites in Elkhart, IN in the early 1990s.

Demolition has begun on the existing bank building (that has been vacant for several years) that exits on the site currently. A few weeks ago, we shared the history of the project with everyone, including photos of the Downers Grove Fire Department using the bank building for training. This time, we’re sharing photos of the building as it was on October 7th and the groundbreaking ceremony.

We’re excited to share this new project with all of you. Enjoy the photos!

5100 Forest Avenue is the site of the Burlington Station multi-family residential development. 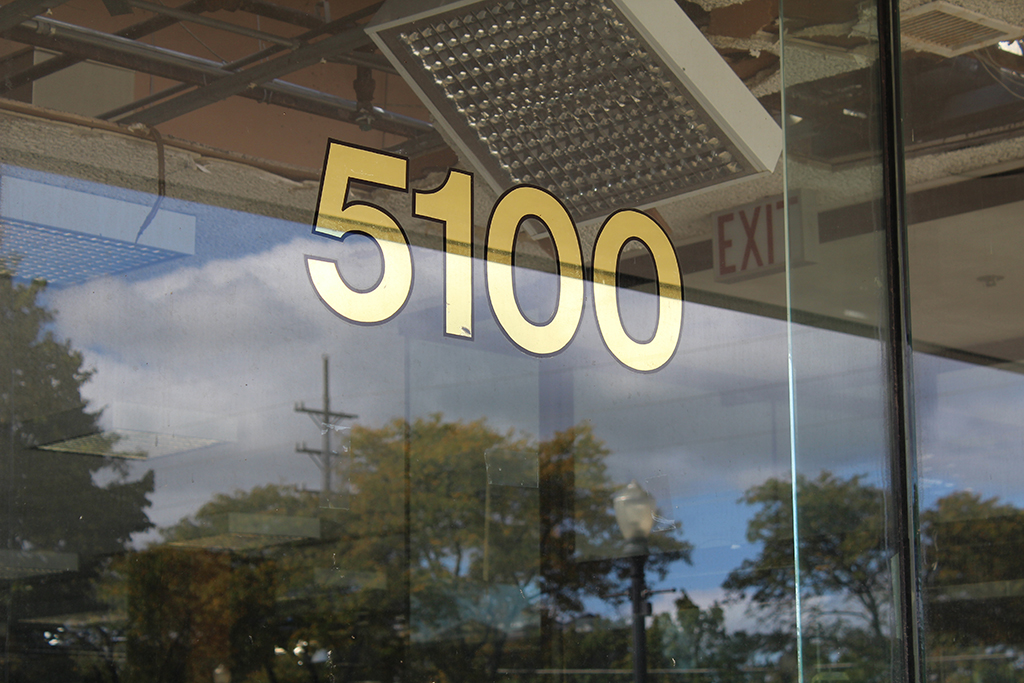 The project is located at the corner of Gilbert and Forest Avenues in Downers Grove, IL. 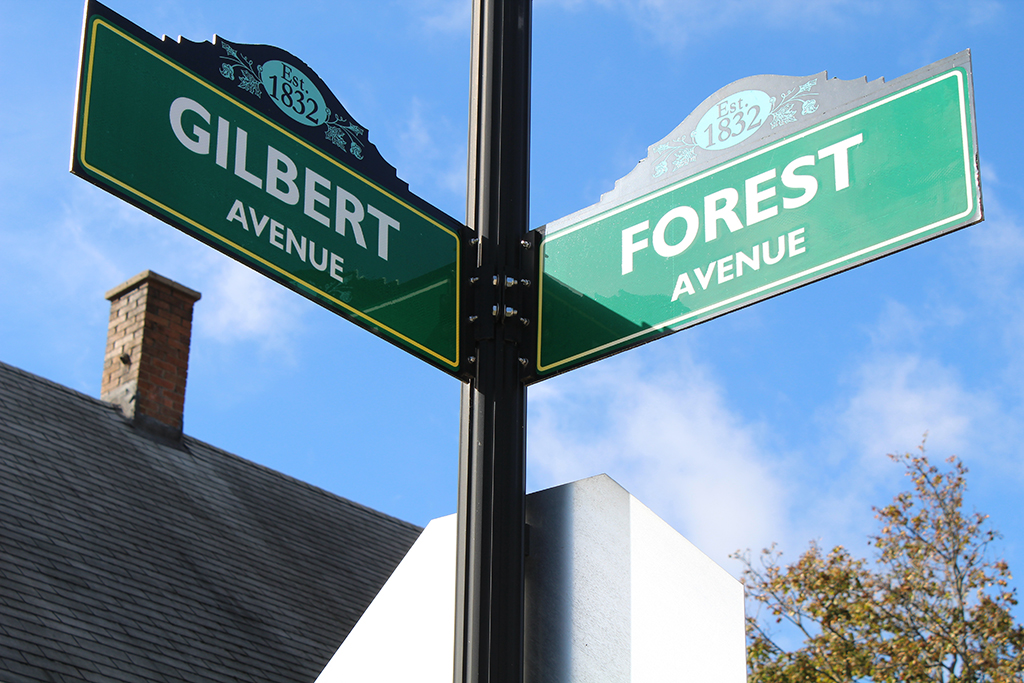 The Southeast corner of the Burlington Station site, from the Downers Grove Library across the street. 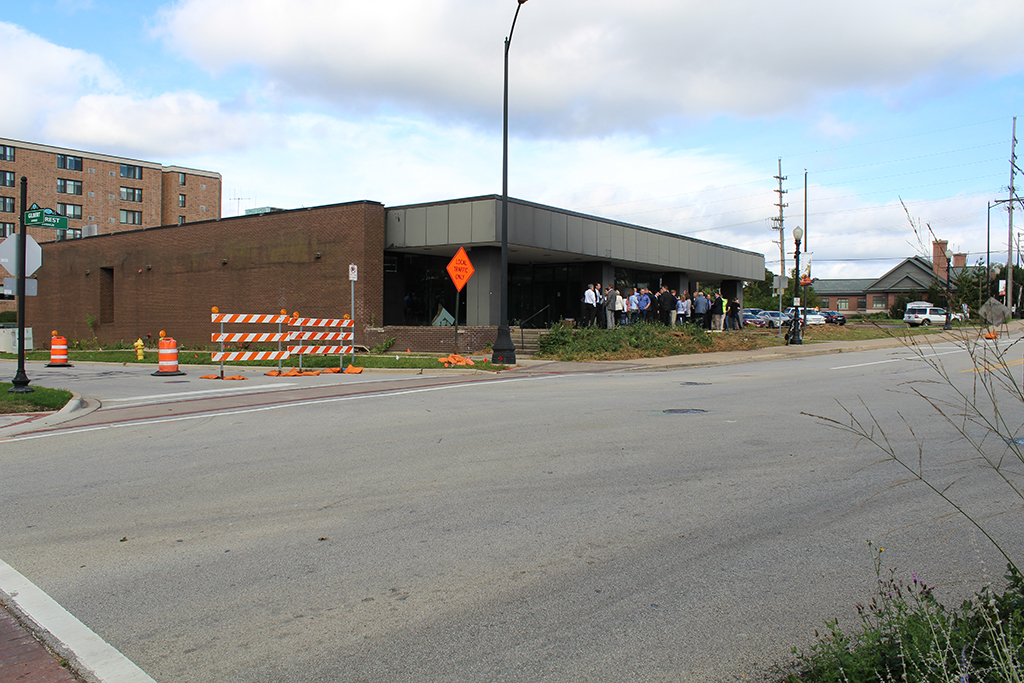 The Northeast corner of the Burlington Station site. 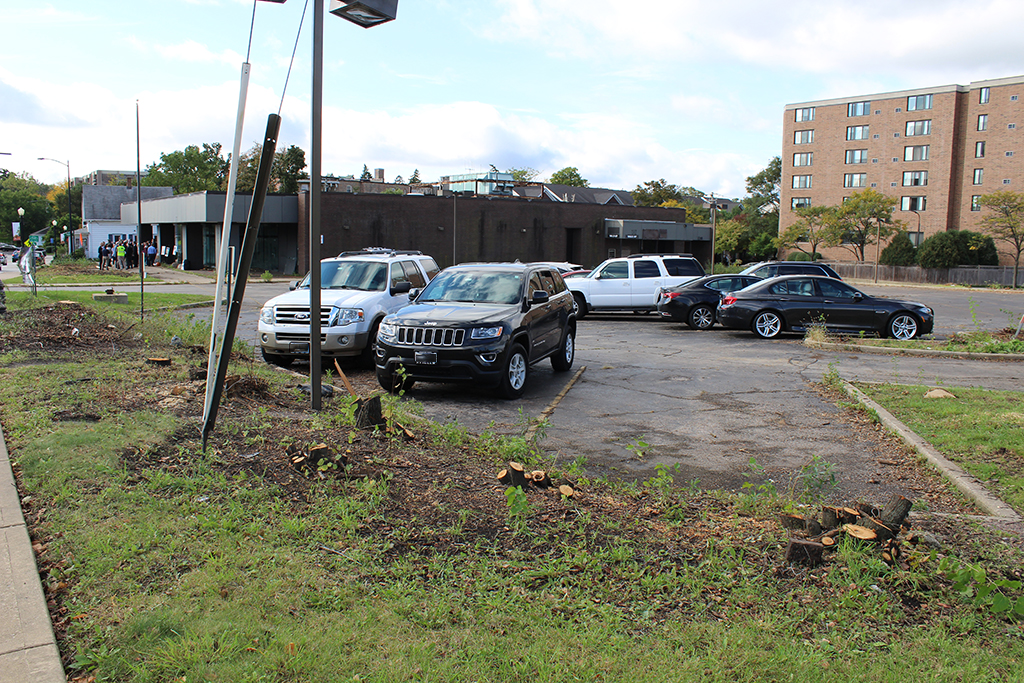 Tree clearing has already begun at the project location.

The southwest side of the project site. 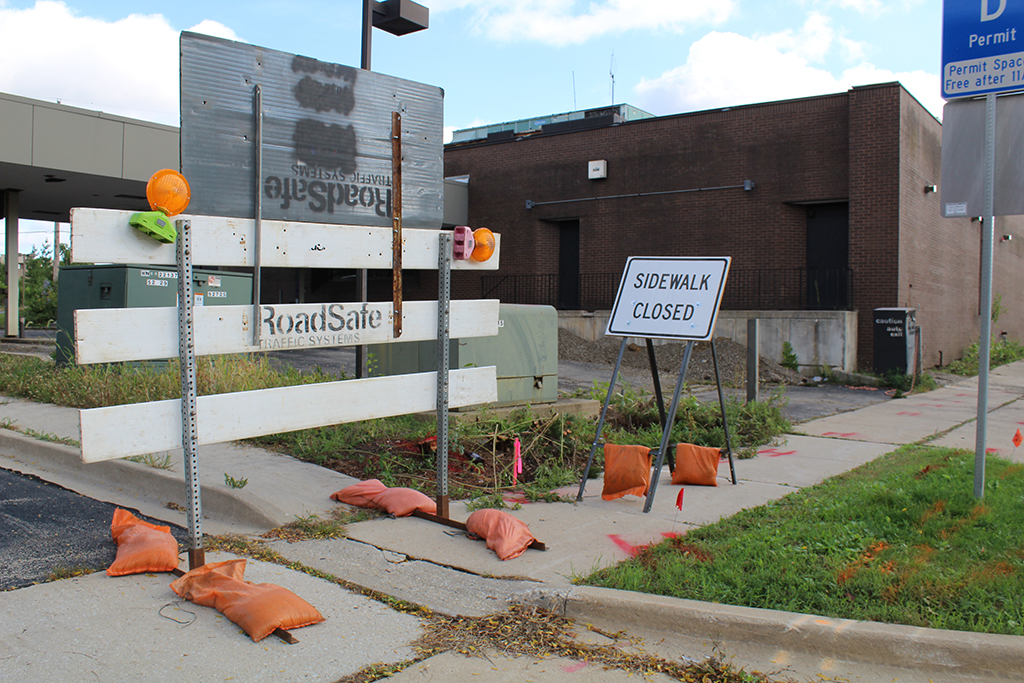 Roads around the project location will be closed during construction.

The south side of the project, currently home to an old bank drive thru canopy. 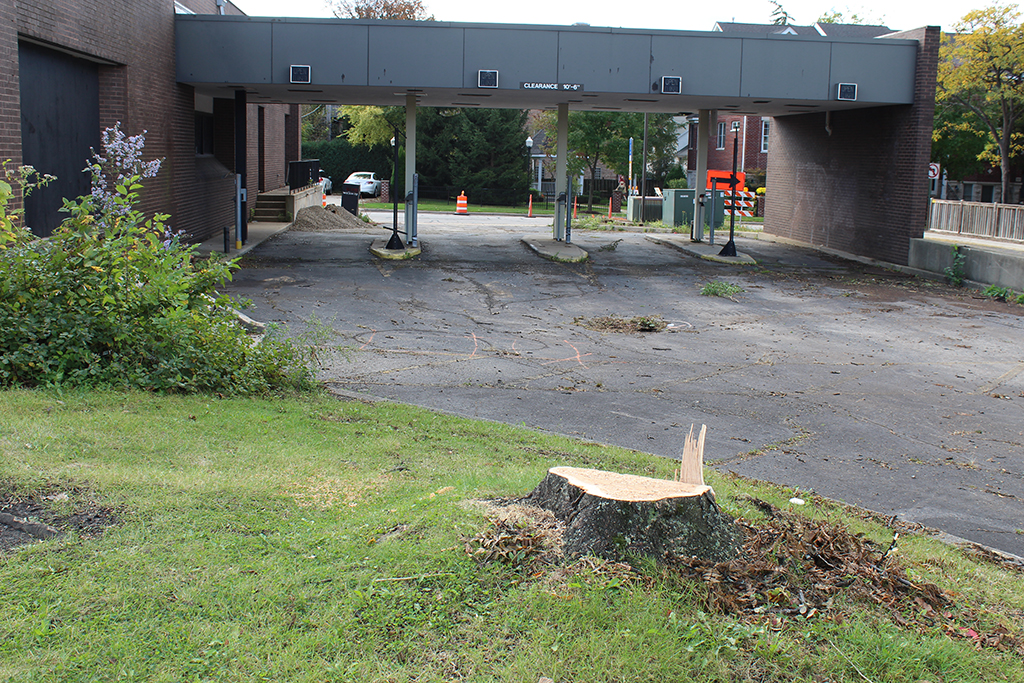 The north side of the existing building. 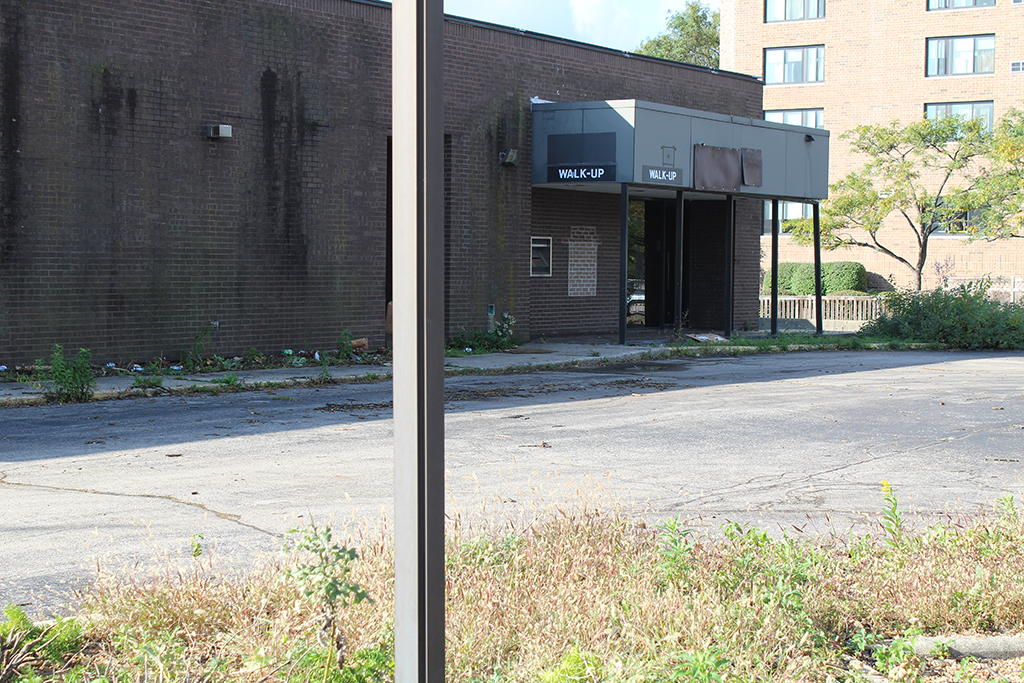 The building has been vacant for several years in is in extreme disrepair.

The north side of the project site. 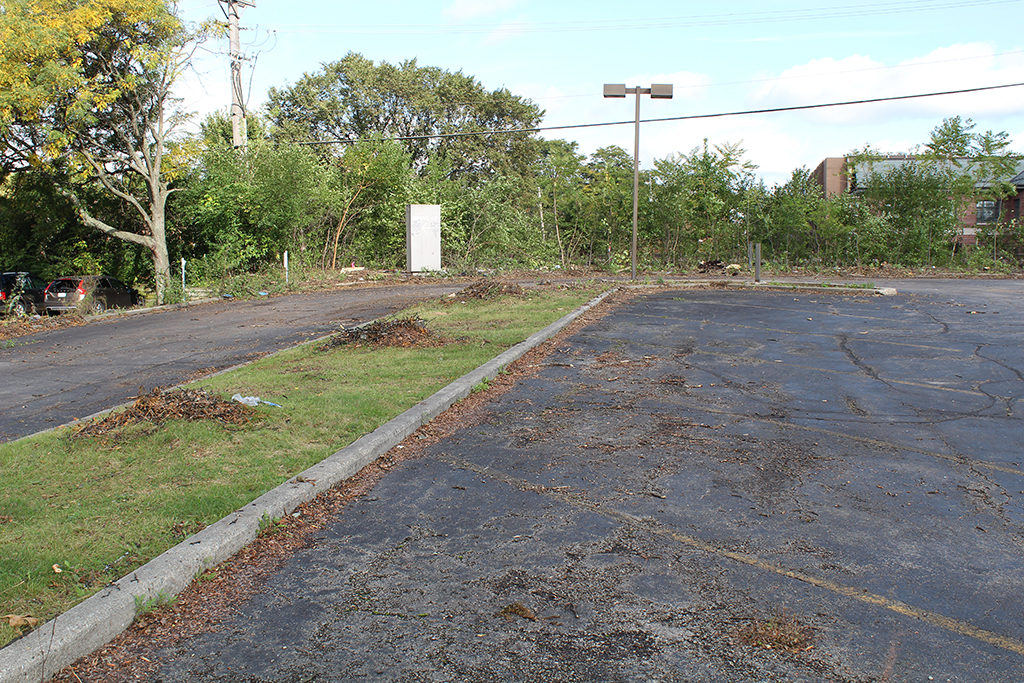 This side is currently home to a parking lot and overgrown trees.

The northeast corner of the existing building. 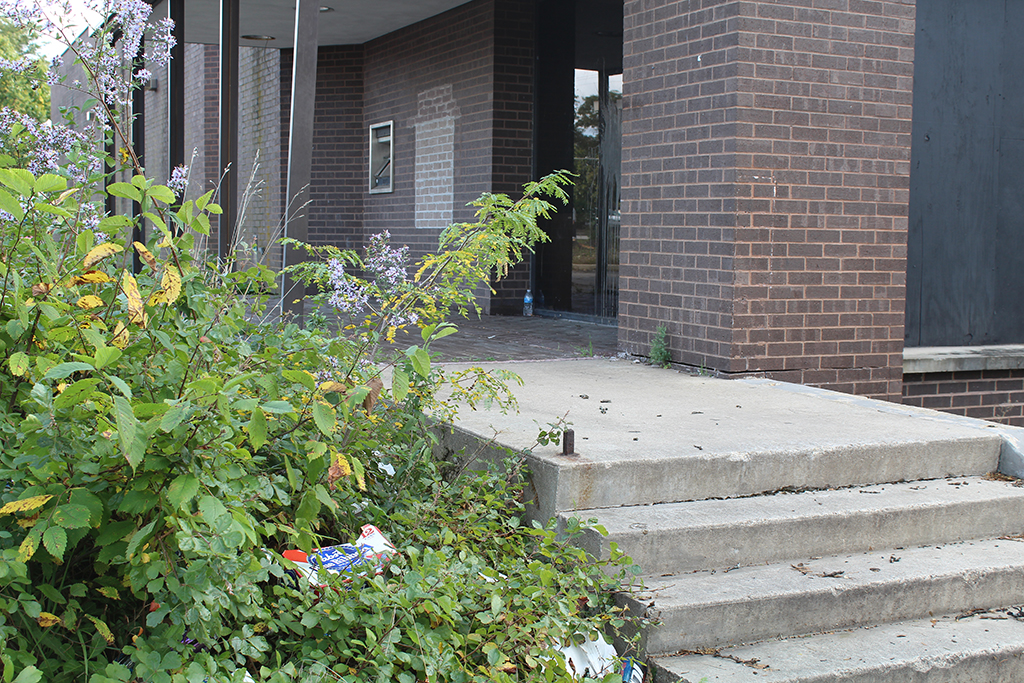 It seems people have been using our site as a dumping ground. That will change very soon. 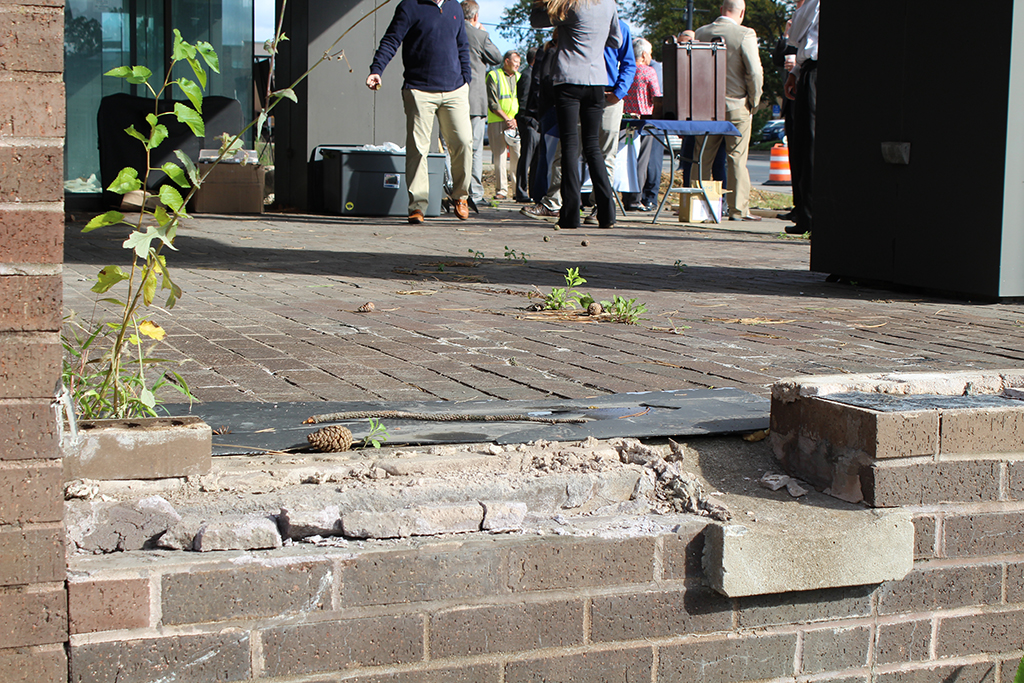 The interior of the bank building. 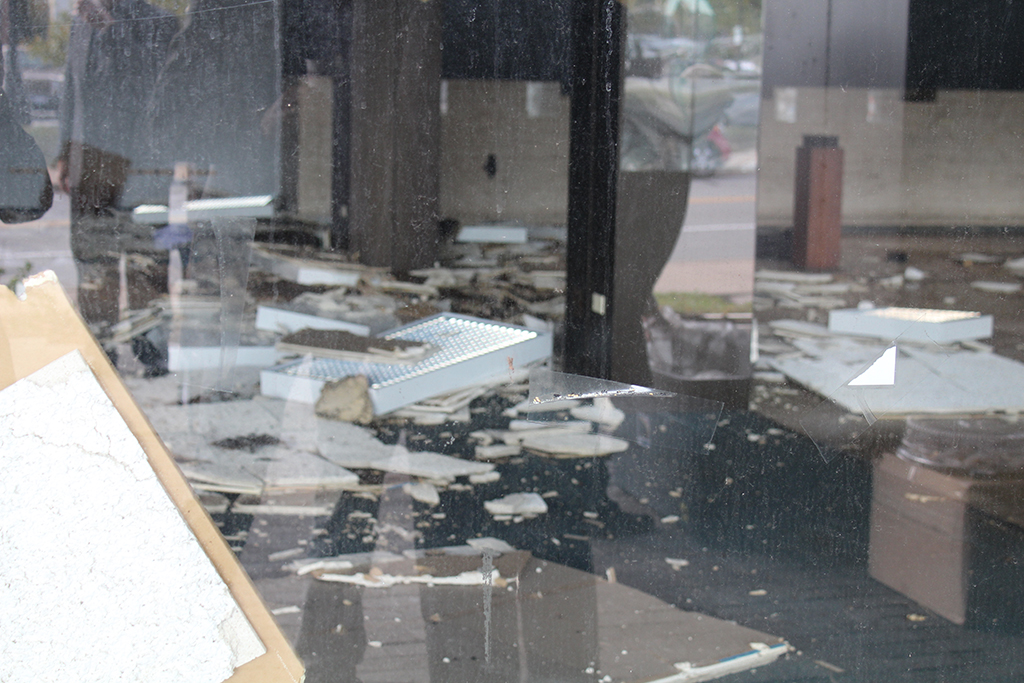 This is the state of the interior of the existing facility, post firefighter training.

Time for the groundbreaking ceremony. 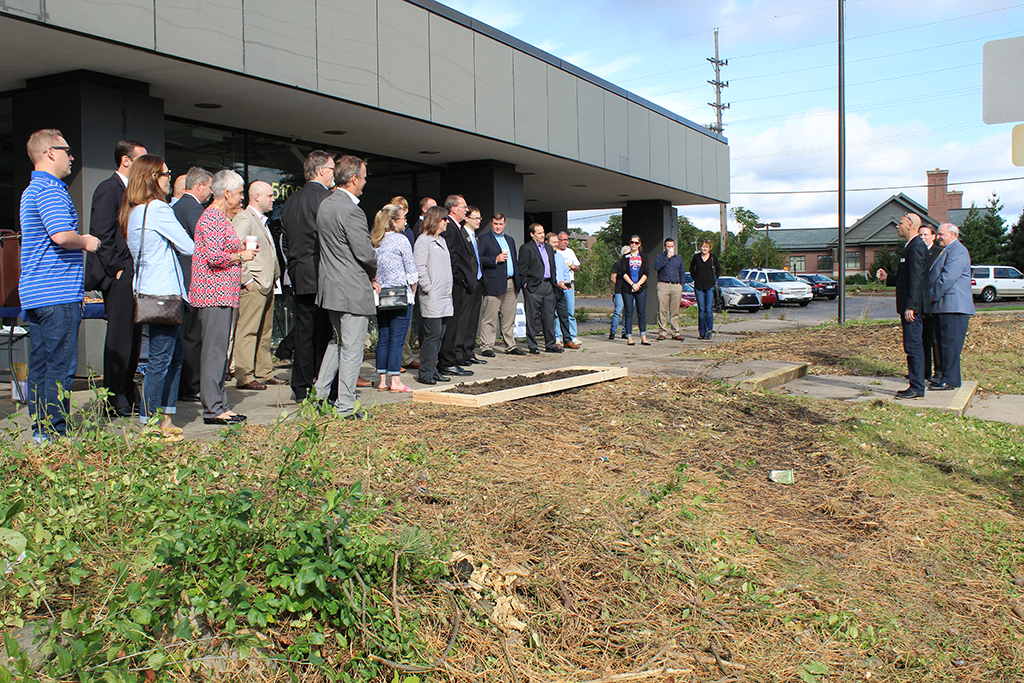 Project Manager, Drew Mitchell welcomes everyone to the event. 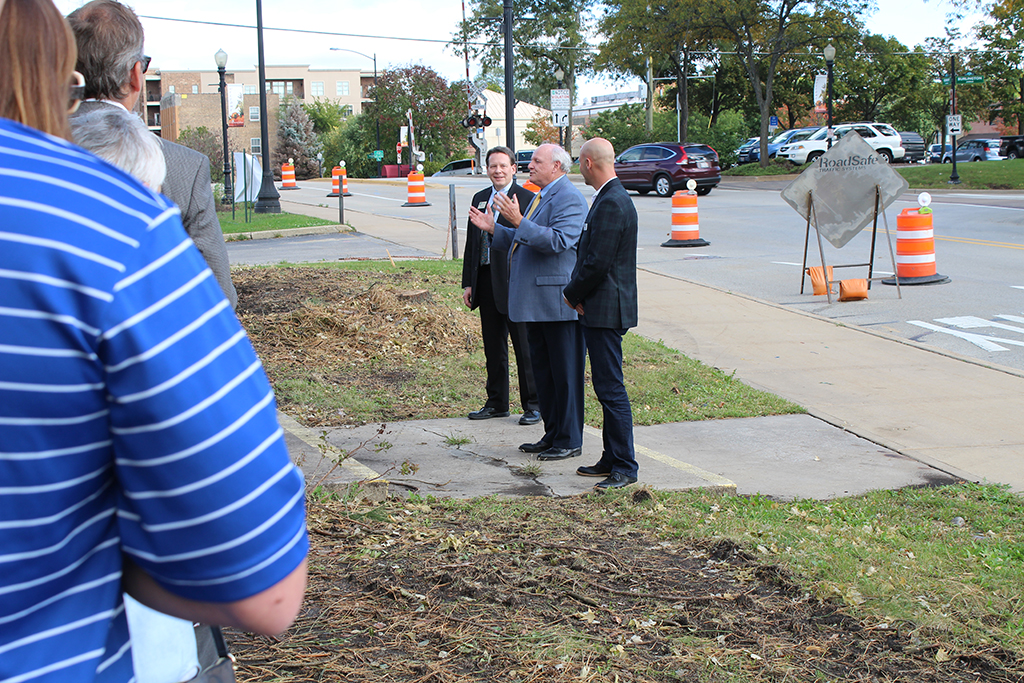 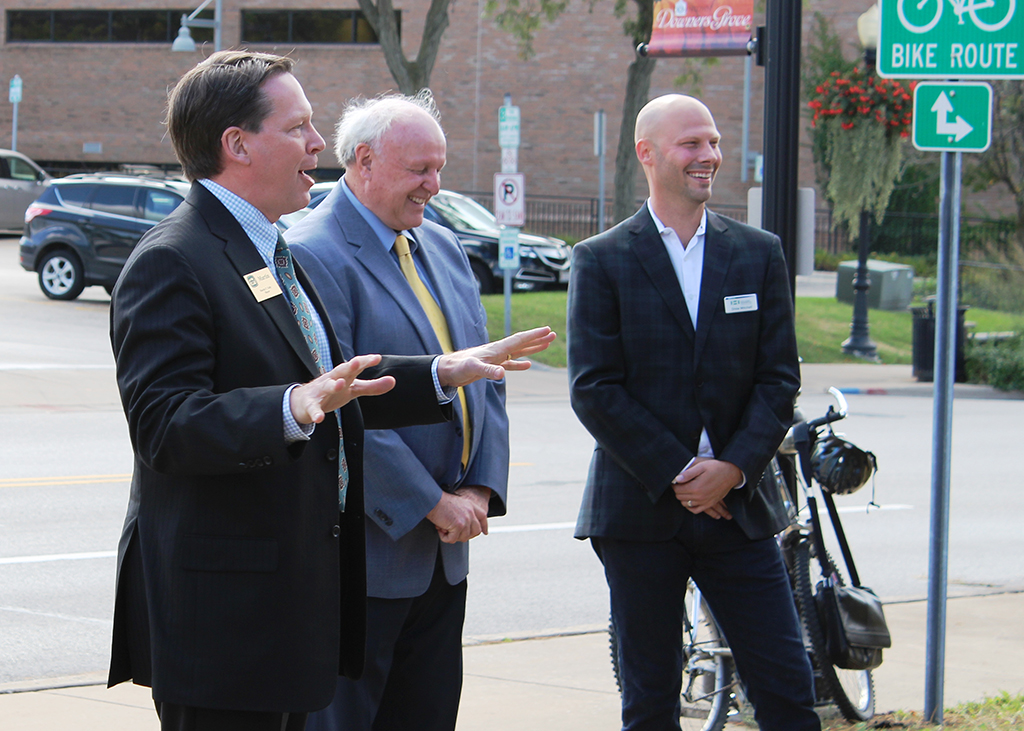 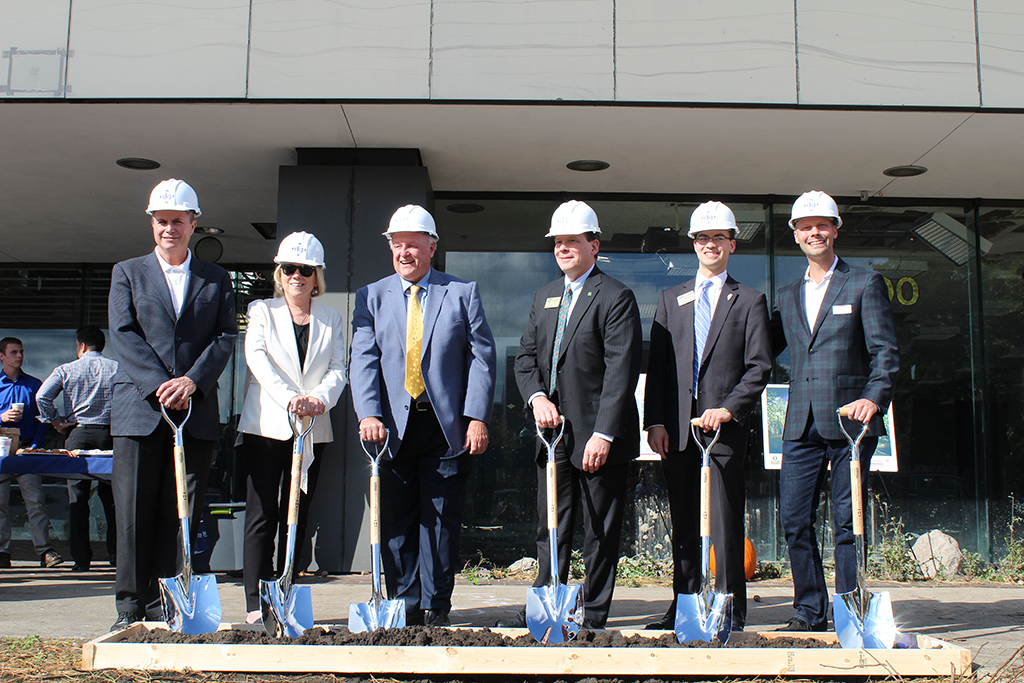 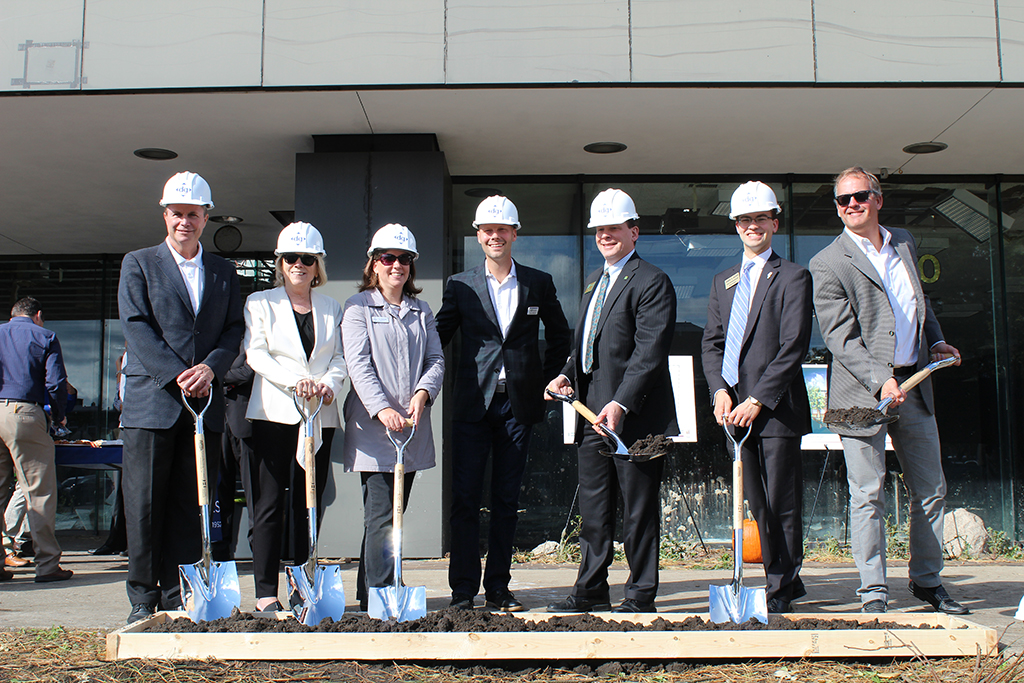 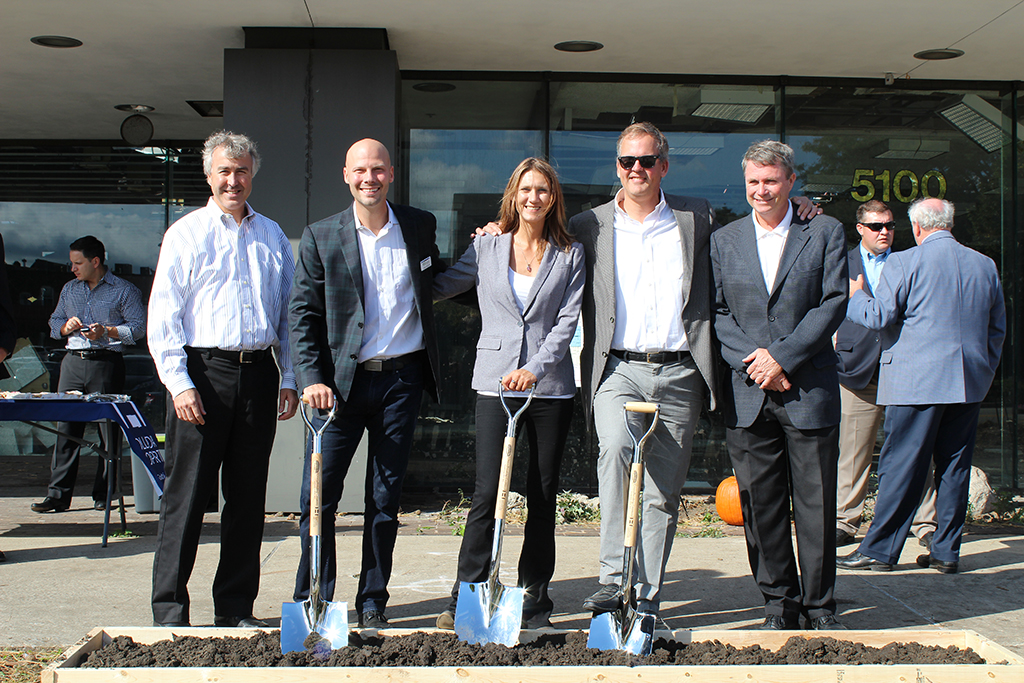