So, as we learned in my last post, equal rents for apartments and industrial buildings are not valued the same. So…

This, my friends, is a more complicated question. First, let’s discuss what factors can affect cap rates within a sector, and then we’ll discuss why cap rates differ by sector. Cap rates can be driven by a variety of factors, but the main drivers include:  the opportunity cost of capital, growth expectations, and risk

Market Rent †’ Above market rents tend to have higher cap rates, because vacancy may result in having to reduce rents to market pricing in order to fill the space

So within each Sector, Cap Rates can change dramatically. On a national level, however, and on average, income streams in certain sectors seem to be historically far more valuable for the same $1 in income produced. Why? The most simple answer is…perceived Risk.

Sectors such as Apartments, or the sector labeled Central Business Districts (CBD) in the chart above, have historically been far more favored in the eyes of the investor. The main reason for this is due to reduced risk.  Here’s why: A Central Business District is typically in an urban area, where land value is more likely to increase over time. Buildings tend to go up, not out. Rents and occupancy rates closer to the center of a city tend to be more stable versus non-central locations. A vacancy in downtown Chicago on Michigan Ave might be rare — and if vacancy exists, there might be a business waiting in the wings to get into that space. Compare that to a suburban office or retail location, where vacancies may be more systemic, last longer, and be more susceptible to rental incentives and rent compression. For an owner, owning a building in a central business district has less risk than a suburban or rural area, and thus the value is higher (or the acceptable return is lower), for the same dollar in rent. 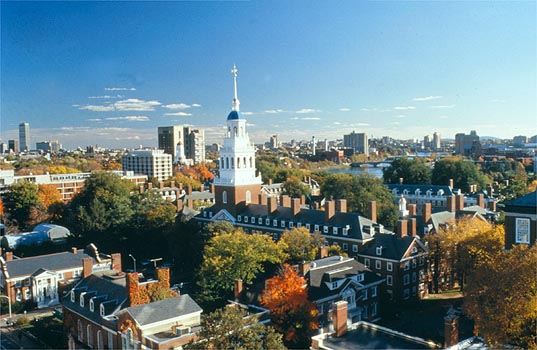 Apartments, over the long run, have featured the lowest capitalization rate — and thus highest value — of any other asset class. Again — this deals at least partially with perceived risk.

Interestingly, multifamily or apartment leases tend to be just one year. This is counterintuitive to the length of lease term impact on cap rate discussed above.

Furthermore, the credit of the tenant may be more “suspect” than, say, a business’ ability to pay rent. Again — counterintuitive to our lesson thus far.

The reason for this is quite simple — the student housing sector often features even less risk than traditional multifamily. The idea is that academic institutions tend to be very stable, and often even economically counter-cyclical. If the economy is in the dumps, more people go to school. Many schools have been around longer than the state in which they reside. Their enrollments tend to stay very stable, and the student demand for off-campus housing follows that stability.

Therefore, a buyer of a student apartment building has a reasonable expectation that rents will stay the same or grow, and that demand for its product will remain high over the long term. The mitigation of risk results in a higher value for that same dollar of rent.

As real estate investors and developers consider investment opportunities, it is important to get underneath that $1 in rent and understand the building, the product, the sector, competing rents, location and credit worthiness.